Ahead of the release of the iPhone X, Shpock (www.shpock.co.uk) has drawn a picture of the typical iPhone user. They are extremely loyal to their brand with 47% stating their next phone must be an iOS device. Price is less of a factor for Apple customers with only 1 in 5 stating it was the most important thing when buying a new phone (compared to one third of Android owners). iPhone owners also tend to hang out with each other more with over 34% of respondents saying their best friend has the same brand of phone.

The only topic where the rival phone users can agree in large numbers is their love of dogs. Over 75% of both iPhone and Android owners prefer dogs to cats.

iPhone owners are more than twice as likely to sell their used phone compared to Android owners, the survey explains, with 30% having sold one in the past (compared to just 16% for Android). 46% of iPhone users even stated they have a strong interest in helping the environment with their consumption habits. 1 in 4 current owners plan to sell their phone to fund the latest model. Shpock can also reveal that now is the best time to purchase a second hand iPhone at a great price.

“With the new release, people want to sell their old smartphone quickly to fund the new one. Therefore, they are more likely to negotiate and accept lower offers”, explains Gannon.

An internal Shpock analysis of the sale of 150,000 phones reinforces this. It uncovered that 70% of iPhone sales from last year came within one week of listing. [2] A large 26% of iPhone sales were even completed in the first twenty four hours.

[1] All figures, unless otherwise stated, are from YouGov Plc.  Total sample size was 2245 adults. The survey was carried out online. The figures have been weighted and are representative of all GB adults (aged 18+). 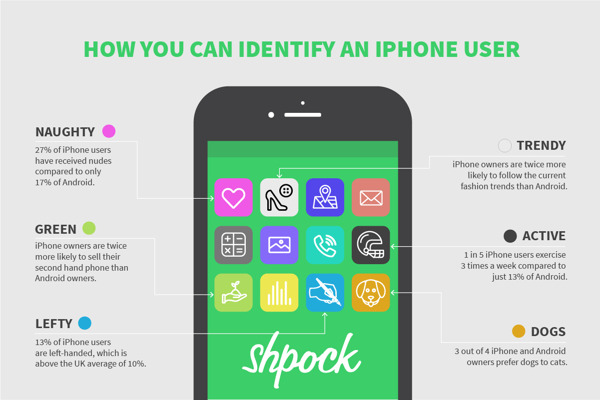