A Rick Astley CD for a heavy metal fan, a vegan cook book for a meatatarian, a yoga mat for a couch potato – the list of potential unwanted gifts is long. A study[1]  commissioned by Shpock has now revealed how many people really are unhappy with their presents: 38% of British adults have received a gift in the last twelve months they have not used since. This figure climbs up to 50% among youngsters between 18 - 24 years. Every fourth unhappy presentee uses online platforms to get rid of the items and earn a little extra money by doing so.

After gift giving is before the rush of users
This provides numerous benefits: Over-crowded shopping malls can be avoided – and one must not be bothered with the ever so awkward question for the receipt. Only 5% of Brits dare to do the latter – the majority is remaining silent: A mere 1 out of 100 presentees is brave enough to return the present to the giver.

So it is hardly surprising that online marketplaces have their peak season right after Christmas. This is confirmed by Katharina Klausberger, co-founder of Shpock.

“The amount of listed gifts escalates during this time. Uncountable items in original packing – some of them never before used – are put up for sale right after Christmas eve.”

In 2015, Shpock observed an increase in item listings with the description “unwanted gifts” of 50% in the last week of December compared to the week before Christmas. In the third week of January, the number of “unwanted gifts” reached an all-time high with + 136%. This is therefore one of the most crucial periods during the boot sale app company’s fiscal year.

High-performance tech gadgets on sale
Besides unwanted gifts there is another reason for the added traffic on second hand platforms post-Christmas: Product innovations. On Christmas Eve, lots of new products substituting older ones are given.

“We are especially observing this in the ‘electronics’ category”, says Klausberger.

According to Shpock, the latest versions of tech gadgets such as smartphones, TVs, tablets, laptops or game consoles are a popular gift under the tree. The previous models are then sold quickly – and at a very good price.

[1] Online survey by YouGov, sample size 2.117, figures have been weighted and are representative of all GB adults 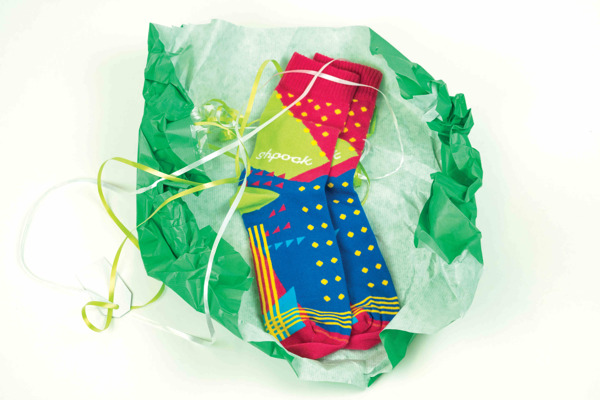