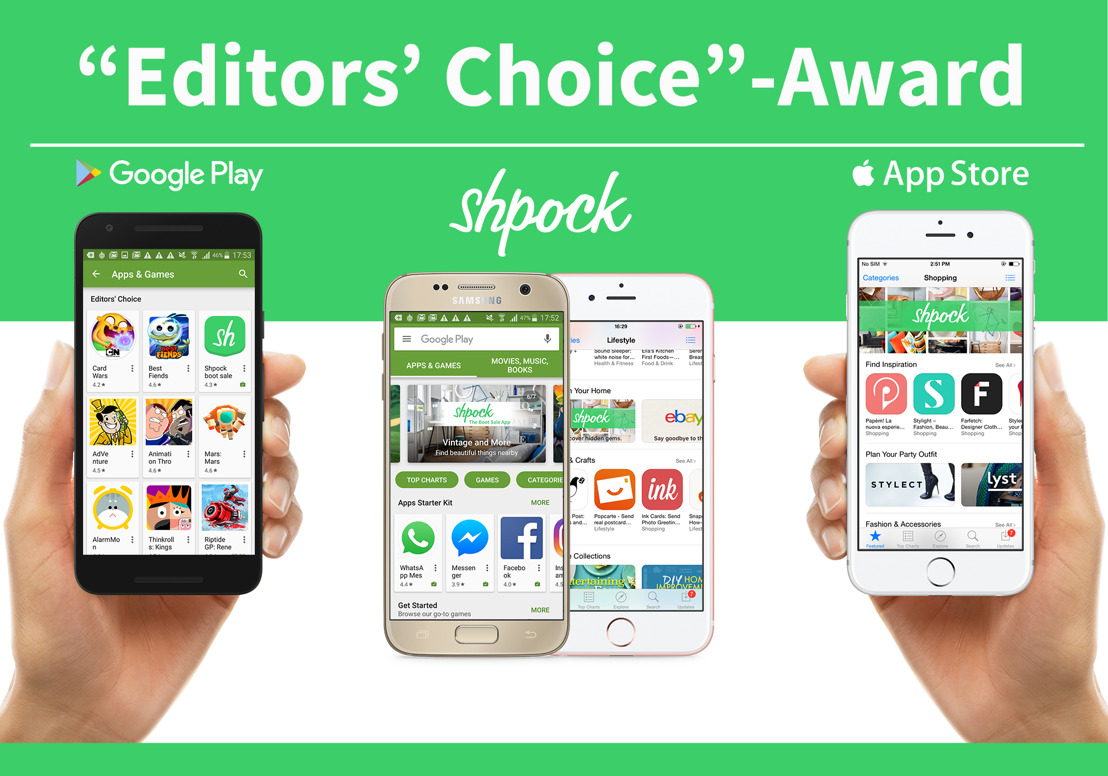 “The Editors’ Choice awards are given to apps that stand out in their categories (note: shopping),” said Maxim Mai, Partner Development Manager, Google Play. „Shpock is constantly adapting to their users’ needs and only using the newest technology, which is what makes them a leader in the mobile app shopping space.”

Katharina Klausberger, co-founder of Shpock, adds: „We are constantly updating our app to optimize the buying and selling experience. The Editors’ Choice award shows the appreciation of our development collaboration with Google, which is both a great recognition and an honour.”

Since the initial launch in September 2012, Shpock has attracted more than 30 million downloads – a success the app company plans to continue in 2017. By now the app is available in the UK, Germany, Italy, Austria, Sweden and Norway. In all of its markets, Shpock remains in the top 5 shopping app ranking in the Google Play Store. Whilst the Shpock community has been trading goods worth €6 billion.